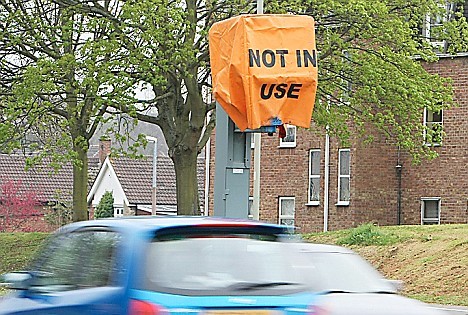 Today is the date of the annual ITS Enforcement Interests Group conference and Agilysis CEO Richard Owen is presenting a fascinating review of evidence on, ‘the effects of scrapping enforcement on road user behaviour and collision rates’.  With authorities facing the need to make important decisions about the replacement of old speed camera technology dating back over 25 years, Richard draws on a lot of the evidence about what happens when cameras are removed.  This  includes results from a unique experiment undertaken by the Thames Valley Safer Roads Partnership in 2005 which looked at vehicle speed in response to cameras being ‘bagged’. The presentation concludes by discussing the theory of enforcement saturation and what relationship exists between the amount of enforcement at a location and the effect on speed and casualties.  Effective use of ‘dummy’ cameras may allow for a concentration of resources in hotspots while giving the appearance of greater levels of enforcement across a wider area.  It was once said that the most effective speed camera was the one that didn’t detect a single offence, but do some cameras never need to be used at all if they work effectively to reduce speeds regardless of how many tickets are produced?